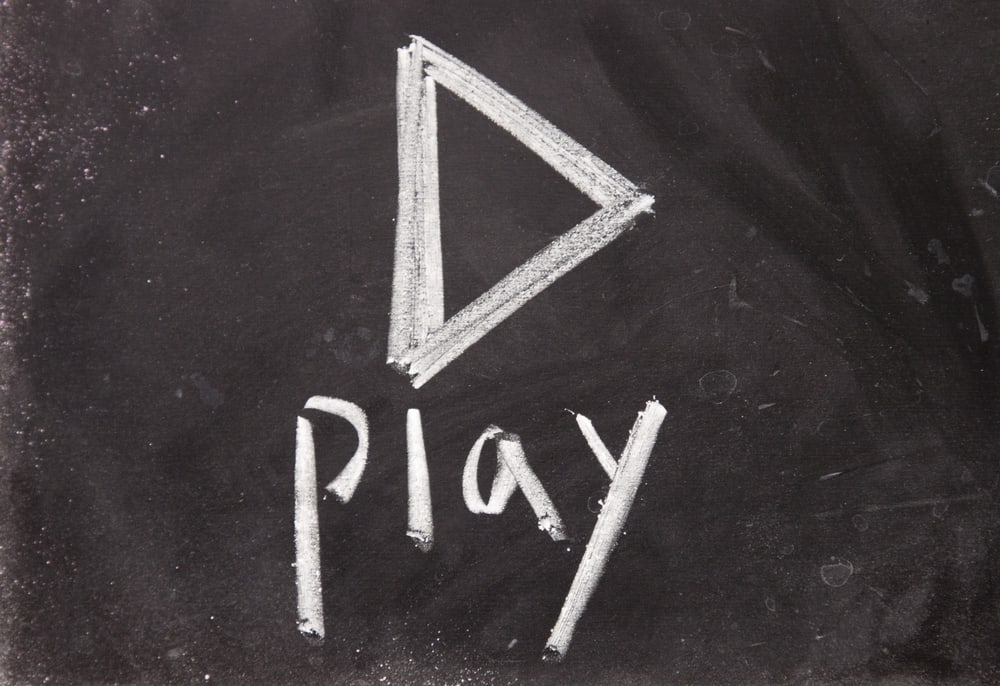 We’ve witnessed plenty of social apps rise and fall (Yik Yak and Twitter-owned Vine, to mention a few). In a matter of years, a social media platform can go from viral sensation to history. However, the short-form video app TikTok has an influential parent company and an approach that makes it appealing not only for young people but also for senior users in the US. Will it be able to change the social media landscape and challenge Facebook, YouTube and the other big ones?

Micro-social networks are one of the 5 social media trends to watch for in 2019, as reported in the summary prepared by Falcon.io.

There’s a rising demand on niche social media platform that allows being in touch with friends and people with similar interests. Generation Z especially feels attracted to sign up and stay active on these platforms.

What should marketers do? Though there may be intricacy to keep track of the growing number of social networks with less than a billion users, marketers ought to keep it under their radar.

The social network app is a China-made app and there it’s known as Douyin. The Beijing-based company ByteDance acquired US short-video application Musical.ly in 2017 and was incorporated into TikTok in August 2018. As Musical.ly officially went offline recently, TikTok has taken its place offering the user the ability to watch musical clips, create video clips no longer than 15 seconds, add special effects and share them with friends, family or widely publicly.

Sites such as TikTok, Vero and Path have all become popularly visited by younger social media users. This audience seemingly lose interest in the traditional ones like Facebook and Instagram. They eventually migrate away from them in favor of other social networking platforms, and this is where micro-social sites gain user base. There are also online communities like Dribble or Wayn that have cultivated dedicated user bases around specific topics.

Apart from gathering end users around a particular topic or interest as the primary objective, the popularity of online networks can be influenced by location as well. You might want to take a look at the list we prepared in the end of 2017 with the 10 of the most popular social networks you’ve never even heard of, which focused on region-specific applications.

TikTok is one of the world’s fastest growing apps, and it’s undoubtedly the prominent social media app at the moment. Many webs are analyzing what’s behind the sudden growth of TikTok, such as this article published in eMarketer. According to them, TikTok has been on a growth tear around the world and its US performance has been especially notable.

TikTok is quickly catching up the most-downloaded charts. Research firm App Annie says it ranked No. 4 worldwide in downloads across iOS and Google Play in 2018. It was the No. 1 most downloaded app last year globally on iOS.

Let’s focus on the last quarter: the following charts from Q4 and Full Year 2018 Store Intelligence Data Digest gathered by Sensor Tower reflect that it capped off a fantastic 2018 with its best rank of any quarter ever. The ByteDance-owned app was No. 3 in the worldwide downloads in the last quarter. 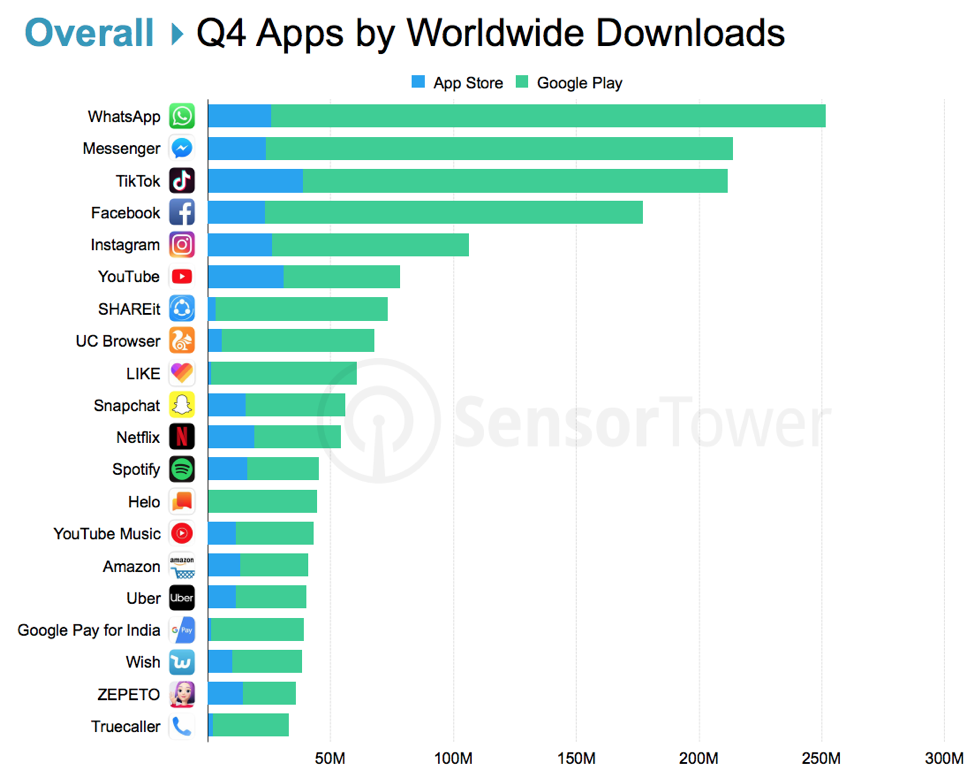 In the App Store, TikTok was the top download for four consecutive quarters. YouTube and Facebook-owned Instagram, WhatsApp, Messenger, and Facebook took the next five spots. While in Google Play, the increased TikTok installs offset the loss for ByteDance, the publisher of both of these apps. 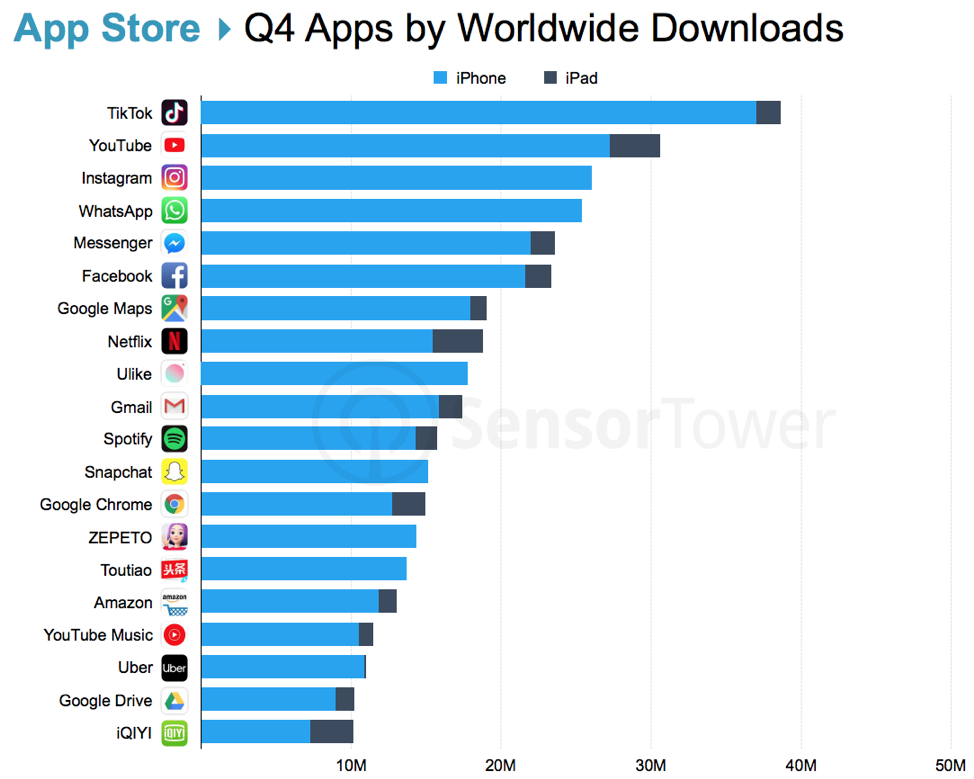 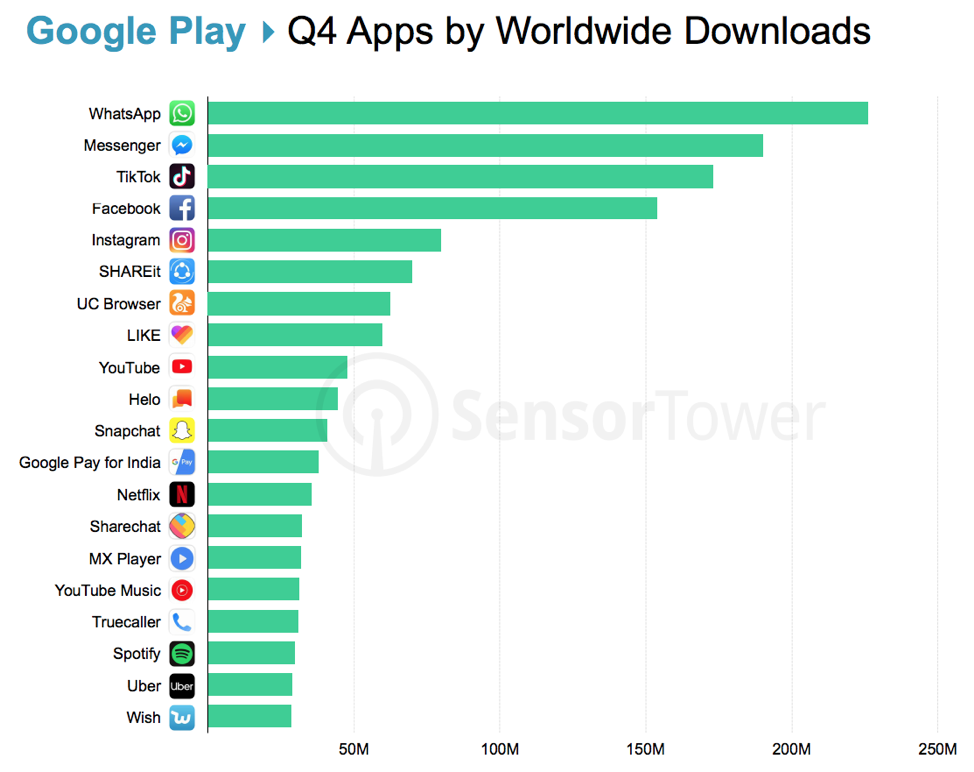 Keep in mind that Vine was purchased by Twitter and it ended up getting shut down two years ago. For many TikTok was a way to replace Vine, offering a chance to countless teenagers to creative possibilities of ultrashort videos. As of June 2018, TikTok reached 500 million users.

In line with the social media trends for 2019 collected by Brandwatch, TikTok sits somewhere between Snapchat, Vine, and karaoke. Already massive among the young’uns in society, an increasingly older demographic have also become active users. Will this app continue to grow this segment of its user base?

Does TikTok have a dark side?

As stated in this article published by Internet Matters in January, just as Musical.ly before, TikTok is most popular with under-16s. What is the minimum age for this app? The minimum age according to TikTok’s terms and conditions is 13. Through Internet Matter’s post, parents have expressed concern for the inappropriate language some of the videos posted, making it less suitable for younger children. Also, there has been a risk for children being contacted directly by strangers on the app.

Clearly, there are actions that reflect a preventive effort. An article in New Straits Times in mid-February revealed that in conjunction with global Safer Internet Day (SID) 2019 kicked off on Feb 5, TikTok launched its #BetterMeBetterInternet campaign in Malaysia in partnership with local non-governmental organizations (NGOs) to raise awareness on online safety, focusing on children and underserved communities.

TikTok hit with record fine for collecting data on children

Adweek reported at the end of February that China’s major global success story on social media has run into trouble in the United States.TikTok agreed to pay $5.7 million to settle allegations of illegally collecting personal information of children under the age of 13, such as names, email addresses and their location.

The US Federal Trade Commission said in a statement that this is a record fine in a children’s privacy case.

Just as published in Digiday TikTok was the hot new app that ad agencies were eyeing a couple of months ago already. Marketers won’t need to wait too long for TikTok advertising model. Christmas Holidays period is over and TikTok quietly launched an ad sales unit, as stated by Digiday in January.

Last August TikTok showed an app install ad of food-delivery company GrubHub. The ad would appear shortly after a user launched the app and lasted about 5 seconds, according to Chris Harihar, a TikTok user and partner at Crenshaw Communications. Users could instantly skip the ad via a button at the top right of the screen, which is visible in this screenshot provided by Harihar: 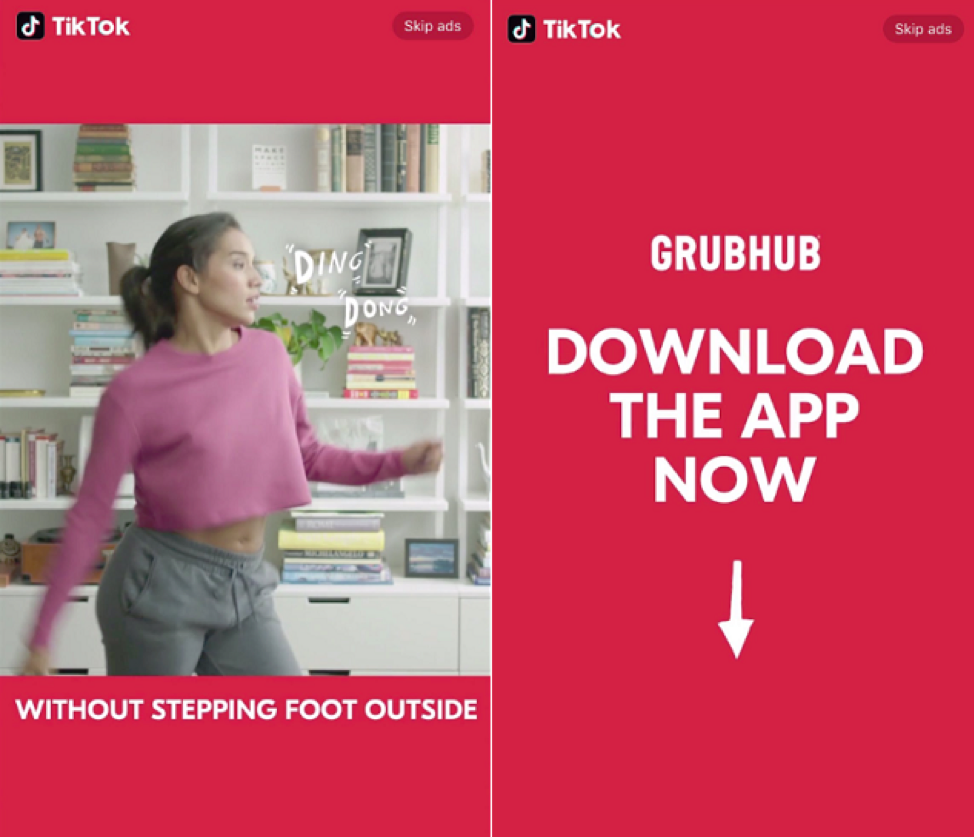 During my research for this post, I’ve found several agencies offering TikTok-related solutions. Some of them are specialized in influencer marketing services and social strategy while others offer to generate TikTok Fans, Likes or Hearts, as proof of interaction and engagement.

What does TikTok suppose for marketers in 2019?

As Falcon.io remarks in the previously mentioned social media trend predictions for 2019,  micro-social networks don’t support advertising, however, they still provide brands with a goldmine of insights. Additionally, they can be used to conduct research or connect with micro-influencers.

This post in Digiday said that marketers see another shiny object with the potential for solid engagement. The fact that it isn’t linked to Facebook, Google or Amazon might be frustrating for ad tracking and, at the same time, intriguing for diversifying budgets.

Forbes suggests TikTok as one of the four trends for success to reach Gen Z with influencer marketing. They believe that adapting to new content formats can be difficult, which is why letting a native influencer do it for your brand is a safe bet. They suggest making your marketing campaign a game on TikTok with the help of the so-called “challenges”. There are viral trends that inspire users to make videos following a defined format, such as the ice bucket challenge.

TikTok can be part of the solution to reach higher engagement, especially among younger audiences with whom brands struggle to engage on more traditional media platforms such as television. The main challenge for TikTok will be ensuring brand safety, which is an especially crucial issue for all platforms that thrive on user-generated content, such as Facebook, YouTube and Twitter. All the authors analyzing TikTok got to the conclusion that it will most likely appeal to advertisers targeting Gen Z.

Both parents and marketers need to keep an eye on this app, for different reasons. From an educational point of view, we have to make sure the environment is safe for children. From an advertising standpoint, have the target audience aligned with the brand, study advertising options to evaluate the reputation and target market of the app in the given moment. When it comes to planning and launching a campaign, decide whether they would like to be related to it and keep in mind the business objectives of the brand.