Marketers on a mission: Changing the world one campaign at a time 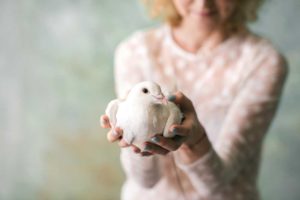 It is said that one nice act leads to another, creating a positive ripple effect that we can see not only when generous individuals “pay it forward” at the Starbucks drive-thru, but in the outcomes of many marketing campaigns as well. Whereas political or social stances may seem taboo or dangerous to take, brands are stepping forward and making their voices heard now more than ever.

Marketers may ask themselves whether this is their place or not. CSR, or Corporate Social Responsibility, however, is nothing new. Organizations have been practicing various forms of CSR for decades, some adopting it as a broad vision, while others proactively aid local community or more widespread initiatives. Consumers see CSR as a brand’s obligation as well. Arvind Raman, senior brand journalist of McCann Truth Central reports that “Eighty-four percent of consumers agree brands have a responsibility to make the world better.”

Different generations of consumers also have unique influence over how marketers and organizations as a whole choose to approach CSR. VP of Corporate Responsibility at Adobe, Holly Campbell, noted how different generations, specifically Millennials, influence CSR: “There’s a growing body of research that shows customers–both consumers and enterprise decision makers–expect the companies they buy from to act responsibly and stand up for issues that matter. Millennials—a very socially conscious generation–soon will be 50% of the workforce so their expectations are part of this dynamic corporate social responsibility.”

In this post we’ll take a look at how some of the world’s top brands are marketing with a mission and making the world a better place, one campaign at a time:

SuperBowl LI was certainly an unforgettable game, but many people walked away talking about one commercial in particular: Airbnb’s #weaccept. In response to strict rulings that temporarily blocked refugees from entering the US, Airbnb aired a social justice campaign to remind us of the importance of acceptance. The ad equally reiterated Airbnb’s stance on acceptance of diverse customers and hosts alike, on which their policies had come under fire shortly before the ad was aired.

They didn’t stop there, however, in a charitable move Airbnb promised to provide short-term housing over the next five years for 100,000 people in need, starting with war refugees. They also pledged to financially support the International Rescue Committee with a donation of 4 million dollars. The founders were transparent about struggles with guest discrimination in the Airbnb community, acknowledging “The painful truth is that guests on Airbnb have experienced discrimination, something that is the very opposite of our values. We know we have work to do and are dedicated to achieving greater acceptance in our community.”

Airbnb wasn’t the only organization pushing for equality, the NFL released their own campaign, Inside These Lines, that highlighted that while there are things that make us different, there are more that unite us. Likewise, Budweiser shared the dramatic story of its founder, Adolphus Busch’s immigration journey, that shed light on the harsh reality of immigration and realizing the American Dream in 1857.

P&G’s Ariel (India) created a heartfelt campaign on domestic responsibilities in an attempt to challenge the notion that household chores are women’s responsibility. The campaign was created in response to the Nielsen India Survey, in which 85 percent of Indian women admitted feeling they are working two jobs, one at work and another at home. 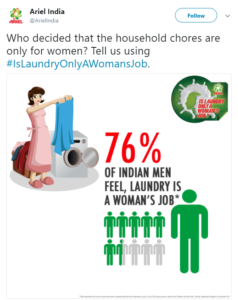 The campaign has actively been questioning gender stereotypes for a number of years now. Ariel released video campaigns in 2015 and 2016, as well as shared facts on social media in order to generate profound conversations around something as simple as the laundry. In the 2016 video, a father acknowledges how his daughter, a busy working wife, and mother, was unjustly taught that it was her job to take care of the house and family alone by his own example. Recent stats posted by Ariel, however, suggest that 76% of married men agree that as fathers they would want a son in law who will help with housework.

In a political move, Ben and Jerry’s creatively collaborated with Tesla to educate ice cream lovers on climate change in anticipation of the Paris Agreement in 2015 with their Save Our Swirled campaign. Through video, a door-to-door tour, social media, online quizzes and of course, the Save Our Swirled ice cream flavor, the brand attempted to show the world what a two-degree difference would mean for ice cream, as well as our planet, with their catchphrase: “If it’s melted, it’s ruined”. 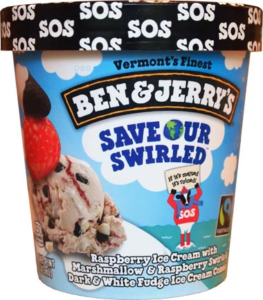 This isn’t the brand’s first time standing up and voicing their opinion on social justice or politics. They have a long-standing history of supporting various causes including gay marriage, which they backed in 2009 with the release of the “Hubby Hubby” flavor, and Former President Barack Obama whose candidacy they got behind in 2008 with the unforgettable “Yes, Pecan!” flavor.

Equal pay continues to be a problem in the workplace, but Audi is challenging it head on with their Drive Progressive campaign. In an emotional story that first debuted at the Superbowl, a father questions what he should tell his daughter, and how to explain that despite her skills, intelligence and strength, she isn’t worth that of the opposite sex. Audi however, ends the story on a positive note with the hope that the father will be able to tell his daughter something different, stating that progress is for everyone.

Loren Angelo, Vice President of Marketing at Audi explains his thoughts on the message, “This is a culturally engaging topic that we as a company are very focused on, and we think that to have a profound presence in the Super Bowl, and for the investment we’re making, we want to relate to what America’s talking about. And this is certainly something that is true to Audi and something that’s happening in our society.”

Audi has been well known for sharing their values at the Super Bowl and promoting progressive and positive change. In the wake of the Volkswagen emissions scandal, they released their Green Police campaign, in which they highlighted the things we all do that harm our planet.

We’d love to hear your thoughts! Do you believe these campaigns are having a positive effect on society? Should marketers promote social and political change in their campaigns?