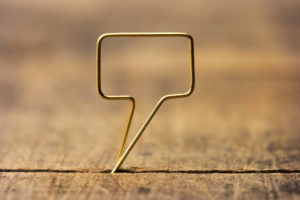 This post is an introduction to the topic “Create Your Own Custom Social Engagement Rate – A How To”  which we will jointly discuss in our webinar with MaassMedia on June 15, 2017 at 1pm EST.  Sign up HERE if you would like to learn more.

For many years brands and marketers alike have been skeptical about the true ROI of Social Media Marketing. This is not surprising when even giants like Facebook have had to retract previous statements and admit that they overstated user behavior outcomes.

Despite concerns, however, it seems like Social Media Marketing isn’t going anywhere. 4C recently analyzed media spend across roughly 900 brands and concluded that there was a YOY increase in paid social media spend of 61.5% in 2016.

It’s inarguable that brands are increasingly relying on social channels to execute their marketing strategies. In our experience, however, marketers often struggle to understand how to best measure the impact that these initiatives are having on their marketing KPIs.

Our partners at MaassMedia have drawn on their experience and methodologies to make some recommendations. First shared on the MaassMedia blog, Lynette Chen has provided some incredibly practical advice on creating a truly reflective social media engagement rate KPI.

What is a social media engagement rate?

The engagement rate for social media is typically defined as the total number of interactions with your content divided by the total number of impressions it receives. While this KPI can help you determine at high level if people engage with your social content, it won’t tell you if they do so in ways that are meaningful for your business. What counts as a meaningful social interaction varies from industry to industry, and even from company to company.

If your social metrics include irrelevant actions, it will be difficult to tell if you’re making the impact you intend. Thus, it’s important to have a narrowly defined engagement rate that only includes interactions relevant to your brand goals. We have developed an approach with an eye specifically for Twitter. However, you can adjust this approach for application to other social platforms.

How to define your custom engagement rate 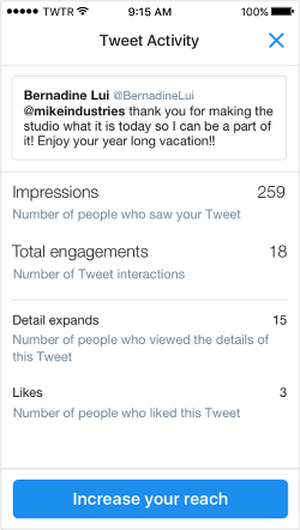 Do all of these engagements really matter for every company? An experienced analyst would tell you no. What out-of-the-box engagements should be excluded or included in your brand’s custom engagement rate? Here’s some guidance for uncovering which interactions are important:

Do you want people who engage with your social posts to read more of your brand content? If they click on a non-branded hashtag, rather than on a link to your profile or another link you’ve provided, they might have been more interested in what other brands say about the subject. In this case, a hashtag click would not be an accurate measure of engagement.

Or do you want to increase brand awareness and affinity? Do you have custom hashtags to raise awareness about your campaigns or to encourage customers to talk about you? In this case hashtag clicks should be included in your custom engagement rate.

Photography and graphics have become increasingly important for gaining engagements. However, an engagement with the images in your posts is not always a key indicator of interest in your content.

Does your brand use stock photography to encourage people to click through to your content? If so, an embedded media click to expand the tweet image is often accidental (especially on mobile), and should not be included in your custom engagement rate. Even when users intentionally engage with stock photos, if they don’t also click through your links, it doesn’t really do anything for your brand.

But if your brand creates custom graphics and those graphics are a key part of your social messaging, you should include embedded media clicks in your custom engagement rate.

Is there a specific reason why users would want to expand your tweet? For example, does your content ask for comments that other users may be interested in reading?

If you’ve asked for comments, tweet expansions­­ should be included in your custom engagement rate.  But if not, they shouldn’t. As with embedded media clicks and profile photo clicks, with tweet expansions, many people have “fat fingers” and will accidentally expand the text and image.

Discarding engagement metrics that don’t deliver any value to your brand will enable you to more accurately understand if and why people respond to your content.

Once you’ve determined the relevant interactions included in your custom engagement rate, the next step is for you to decide which of them are the most important. Not all relevant engagements are equal, so you should add weights to create a KPI that reflects the importance of each interaction. There are two ways to assign weights – by audience level of effort or by content goal.

Assigning weights by level of effort

Each social interaction a user can take on a post requires a different amount of effort. A general guideline for determining their level of effort is to consider how engaged or interested a user is at the moment they interact. With assigning weights by the user’s level of effort, you should start off by deciding on a numeric value weight for each of these interactions relative to one another.  As a general guideline, retweets and link clicks (to your site) should be given the highest weight, followed by comments, and then likes and other post engagements. Here’s our logic:

Retweets are “worth” the most as a social interaction because they represent a personal endorsement from the user. Think about your everyday social media activity – how often do you like a post vs. share a post?

Link clicks are worth the second highest because they require users to leave the social platform. They also indicate that the user is interested in learning more about your brand.

Comments are next up on the scale. While it requires effort to write a comment, this interaction neither requires further action outside of the social platform, nor the commitment necessary to effectively recommend the content with a retweet.

Likes are worth the least because they only require a tap, and don’t solicit any further interaction on the platform or on your website. For example, if someone likes your tweet, it doesn’t necessarily mean that they will visit your website too; moreover, unlike a retweet, a like doesn’t help spread your content to new eyeballs on Twitter. On Facebook, however, liked content appears in your newsfeed, helping it to gain more impressions. Likes on Facebook are still less valuable than comments.

With this type of weighted custom engagement rate and some content categorization, you can begin to accurately answer analyses questions such as:

(With “better” as defined by driving overall engagement for actions that your brand cares about).

Another way to customize engagement rate is to assign numeric weights based on the content’s specific role or function relative to a specific goal. Each social post should have a content goal. A content goal is defined as the next action (or reaction) you’d like the user to have after interacting.  With this method, you will need to do an audit of the types of content you have and categorize their respective functions. A few examples of different content goal categories are as follows:

While it is true that content can have multiple functions, it is best to identify its primary function when assigning weights. Once the content goal categories have been determined, each category will need to have its own custom weighted engagement rate formula to reflect whether the content performed against its goal. But as with assigning weights by level of effort, the actual value of the weights to be assigned by content goals will need to be determined by you.

For instance, link clicks could have a weight of 5, while likes, comments and retweets are assigned a value of 1. However, if it was determined that users who liked your content had a higher propensity to also click through to your site, then it may also be valuable to increase the weight of a like from 1 to 3.    Ultimately, the higher the weight of the interaction tied directly with the content goal, the easier it will be to distinguish content that drives the specific action.

With assigning weights by content goals, you can begin to compare content within a specific function category against each other. This will allow you to accurately answer analyses questions such as:

As the weights assigned are subjective, the insights you draw from comparing engagement rates should mainly indicate if you’re achieving your goals or not. If the results are significant, changing the actual weights slightly should not change the learnings. For instance, using a 1, 2, 3, 4 weighting methodology compared to a 1, 2, 3, 6 weighing methodology for likes, comments, clicks, and retweets respectively will not change the results if a piece of content received significantly more retweets than another in the first place.

Default engagement rates are muddied by irrelevant actions. Thus, creating a custom engagement rate allows you to focus your efforts on driving interactions that affect your brand goals. By first defining which interactions are important to your brand and then by weighing the interactions accordingly, you will be able to better analyze your content performance and make accurate insights.

Enjoyed Lynette’s practical advice? Join us for our webinar “Create Your Own Custom Social Engagement Rate – A How To” on June 15 at 1pm EST. Sign up here.

VP of Business Development for Sweetspot. Responsible for strategic brand development, marketing and business development. BA/BComm graduate from the University of Melbourne. My passion lies in finding creative solutions and encouraging collaboration.