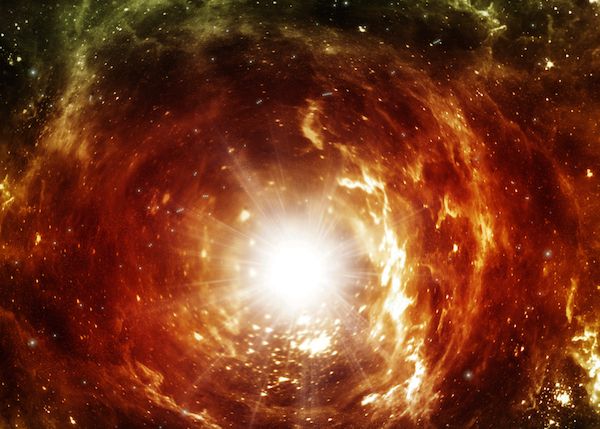 I was very happy to be pointed to this post recently: Dashboards versus data visualization (by Jerome Cukier).

Perhaps the most surprising thing is that someone had to point out such an elementary difference. But these are the times we live in: we get caught in the hype of “Data Visualization” (#dataviz!!) and the buzzword becomes a sort of black hole that swallows everything around it.

Not that this is the only black hole at play. The very concept of “dashboards” presents us with an equally hungry black hole. And in go many data visualization efforts too, completely unrelated to what a particular audience may define as a “dashboard”.

So, let me please clarify things for the sake of my own sanity in the course of countless exchanges with people on the edge of these and other conceptual black holes.

Getting “dashboards” out of the way: Focus on performance

In the business context, dashboards have their origins in a discipline originated in the 80s: Executive Information Systems (Decision Support Systems preceded them in the 70s). Its goal: Displaying a handful of key financial measures through a simple interface that “even an executive could understand”.

Robert Kaplan and David Norton’s ideas for corporate performance management on the basis of a hierarchical structure of Key Performance Indicators (“KPIs”) -a scorecard- saw the light shortly after (The Balanced Scorecard). However, it is the combination of KPIs with dimensional breakdowns and other contextual elements that has gained wider acceptance over time, while scorecards have been accepted as just another kind of dashboard (as acknowledged by Gartner in its latest Magic Quadrant for BI tools).

Tools and methodologies have evolved over the years, but its very essence remains the same. Stephen Few (“Dashboard confusion”, Intelligent Enterprise, 2004) has defined dashboards as “a visual display of the most important information needed to achieve one or more objectives; consolidated and arranged on a single screen so the information can be monitored at a glance.”

Finally, it is always helpful to place them adequately within the wider ecosystem: dashboards belong in what Gartner calls the “information delivery” category, defining them as “a style of reporting that graphically depicts performances measures”.

In fact, executive dashboards will most likely become more of a scorecard the higher up they reach within the organization and the more of a “distillation” of multiple processes they become, placing more weight on showing KPI performance (against target, past data, forecast or benchmarks) than multi-dimensional charts.

It must also be noted that some people would add a third type of “analytical” dashboard to the list. Stephen Few defines this as “a dashboard that supports interactions with the data such as drilling-down into the underlying details, to enable the exploration needed to make sense of it. That is, not just to see what is going on but to examine the causes.”

I believe this is a mistake, as it extends the “dashboard” notion beyond the realm of information delivery, well into the visual discovery space and others (such as natural language query systems making analytics available to business stakeholders). It also contradicts Gartner’s own classification, limited to the operational and strategic types.

This overreach is however a reflection of yet another widely adopted trend. Most all-encompassing BI platforms use the “dashboard” -and delivery!- term to identify the visual interfaces they provide for access to the data they integrate. But that calls for an entirely separate discussion on the very nature and current value of traditional BI when it comes to dealing with digital, unstructured data.

Let’s now move over to the other side of the table (as a former client of mine would do when trying to better understand the two parties during a heated debate). Let’s examine a separate black hole.

The three paths of data visualization

Opening up the discussion a little more from Jerome’s considerations in the post previously mentioned, I think there are three potential paths that data visualization could follow:

Data visualization resources can certainly meet the needs of two or three of these paths simultaneously. But it is imperative to make a conceptual differentiation. This will oblige us to properly discern our current needs, then decide on such resources accordingly.

How executive dashboards use data visualization

To put it quite simply, executive dashboards are the sweet spot where strategic metrics meet performance management and data visualization. 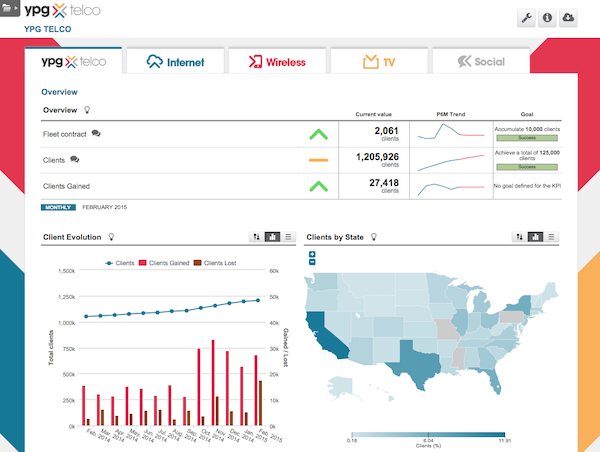 Executive dashboards will tap on visual resources that originate in the third path of data visualization described above: those specifically suited to conveying the particular status of a strategic metric (or dimensional breakdown) with complete disregard for the values that such metric will carry at a given point in time.

Furthermore, these visualization resources will also be different from those required at an operational level, in the real-time management of very specific processes.

Finally, the discussion would not be complete without mention to the impact of digital data on this dichotomy, provoking a much more clear break between multiple source-specific analysis layers (visual discovery, segmentation, predictive analytics…) and common performance-driven delivery as a result of an inability to connect the dots at data integration level (remember Big Data?).

Apparently, in the general understanding of the Universe we have today, two colliding black holes would create a much bigger one (among gravitational waves and hopes of time travel)… I doubt we can expect anything of the like from the conceptual parallelism at hand, but building some hype around Data Visualization for Digital Performance Management is definitely tempting…  Watch this space!