A focus on visualizations: Area charts

Welcome back to our visualization series! Today we’re looking at the best uses for area charts and how to successfully design them to help you deliver your most significant insights!

To understand how an area chart works, we can first think of the line chart. The line chart shows changes in individual variables over time. The area chart is very similar, however, it not only displays a cumulative view of how variables have changed, but also gives a complete view of the total value of each variable. Be careful though, a common mistake is to read the area chart the exact same way you would a line chart, the key here is to remember the variables are combined to display parts of a whole.

Area charts have encountered their fair share of criticism, and understandably so. The problem is simply that area charts are visually challenging data visualizations. It is difficult for the human brain to process the size and significance of variables when plotted by area. We recommend using this chart when the big picture of how multiple indicators interact over time is more important than the detail of each in isolation. Area charts best portray a rough sense of how the parts compare to one another in their contributions to the whole.

Area charts are generally not our best option to show: 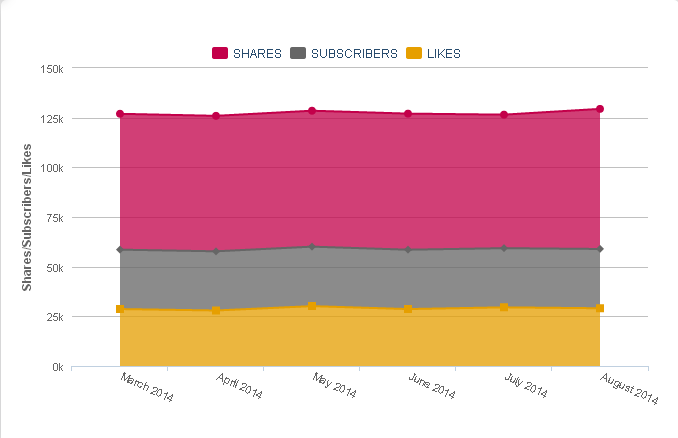 The stacked area chart adds each series on top of another, which allows the chart reader to see the series as parts of a whole, and take away the cumulative value and change over time. The audience who will be receiving your graph is arguably the most important factor in visualization design, so be certain that they understand how to interpret the stacked area graph. Stacked area charts are most commonly read by following the line along the top of each slope, these show how individual parts of a whole change over time. 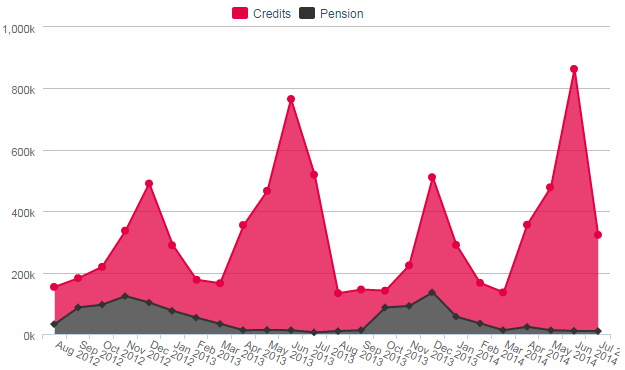 The layered area chart puts emphasis on the individual value of each series by overlaying rather than stacking them. This chart is a better option when you would like to focus on or compare individual rather than cumulative values. However, because of its design, this graph may quickly become cluttered and hard to read. (See our recommendations below on how to design a clear area chart.) 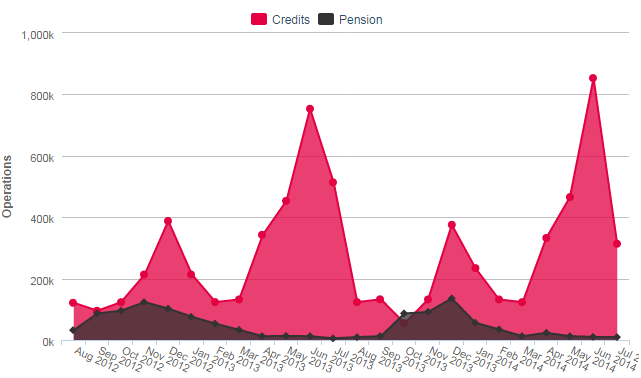 A step area chart, not to be mistaken with the bar graph, allows dashboard designers to use a step instead of a straight line. Step area charts function the same way as stacked area charts, just with a step line progression between each value. They are best for displaying figures which change periodically, for example, to show quarterly performance.

As we mentioned above, the area chart is commonly faulted for misinterpretation problems (see the example below), which are typically caused by occlusion – meaning part of the graph goes unseen. So what’s the purpose of a chart, if you can’t visually see all the relevant information? There isn’t one. However, it’s common for area charts to overlap, after all, the layered area chart is designed to do just that. The best way to avoid occlusion is to make sure each variable is semi-transparent, and layered in an order that allows your variables to be seen clearly. The most effective graphs allow for readers to view their metrics entirely. 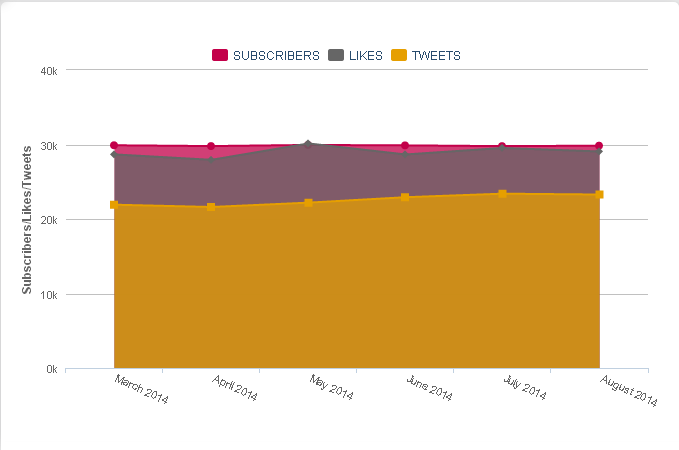 One or two series too many: 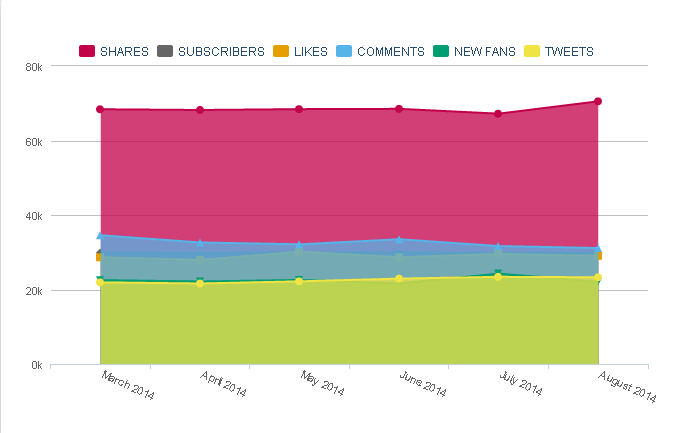 As mentioned above, occlusion is the main source obstacle when it comes to effectively interpreting an area chart. Based on this issue we suggest limiting the number of series you represent on each area chart. Even if the series are transparent, trying to distinguish two or three series too many will only cause headaches and keep data crunches from finding the insights that matter most. If it is a priority to represent multiple series, say five or more, try using a line graph. The lines are easier to distinguish and keep the reader from getting lost. 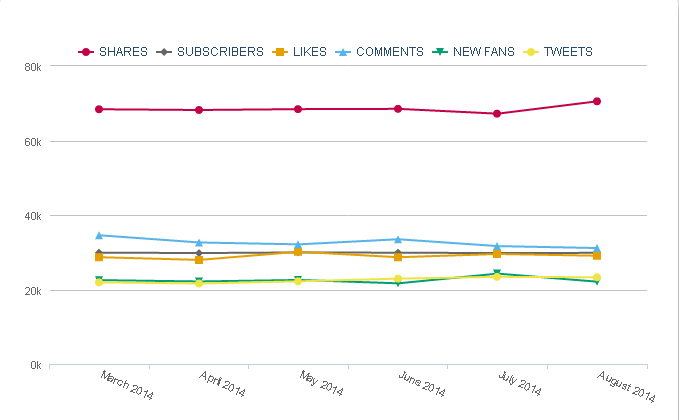 Depending on the complexity of your chart, physically marking data points along the top line of each variable may aid the user in interpreting your graph more accurately. This simple addition is most useful when viewing the area chart online as it allows the viewer to interact with the chart and scroll over each data point to view its numerical value. 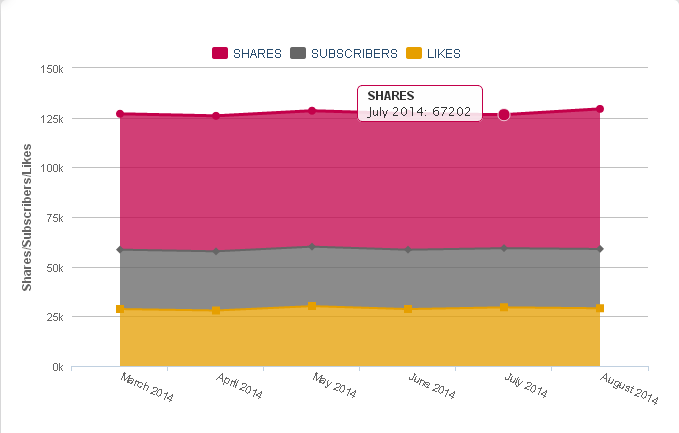 Although notorious in some respects, the area chart can be a powerful visualization to include in your next report (with consideration of your audience, of course). By including the area chart in your next report you will be able to show your stakeholders not only how your variables are changing over time, but also give them a complete view of the cumulative value of different indicators. This graph delivers a strong statement, but remember it can quickly become confusing, so be mindful when designing your next area graph!

How do you use area charts to deliver your most important reports?